Things are shaping up very nicely indeed, although a grain of salt is necessary with this early leak 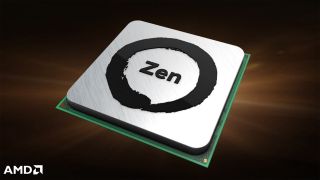 Early benchmarks of AMD’s incoming Ryzen processors (previously known as Zen) have been spilled, and they make for very interesting reading indeed.

French magazine Canard PC published the benchmarks which pertained to both general computing performance and gaming, using an engineering sample CPU which appears to be the top-of-the-line model of the samples issued, with 8 cores running at a base clock of 3.15GHz (with boost to 3.4GHz).

(Note that this is pitched considerably below what the final models will run at, with the release CPU starting at a base clock of 3.4GHz – this is because these are pre-release samples which are more constrained, and afflicted by bugs).

As Guru of 3D spotted, the CPU benchmarks (running the likes of Prime, Blender 3D, and much more) showed that AMD’s processor (codenamed 2D3151A2M88E4) exceeded the performance of Intel’s Core i7 6800K by a considerable amount, and it wasn’t too far off the pace of the i7 6900K either – the latter being a Broadwell-E 8-core monster which will set you back a grand in pounds or dollars.

Overall, it’s an impressive performance indeed – check out the graph below for the full results.