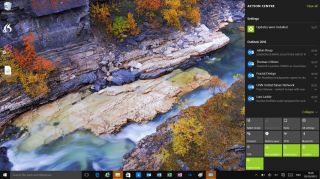 It seems that tech support staff working at some major PC vendors are advising customers to avoid upgrading their systems to Windows 10.

This news comes courtesy of Laptop, who uncovered the fact while going undercover and phoning up support lines as part of a tech support showdown feature.

When speaking to Dell and HP support reps on the phone, Laptop said they were advised against upgrading to Windows 10. Indeed, one HP staff member recommended a rollback to Windows 8.1 as part of his or her solution.

Another Dell rep recommended a rollback to the previous version of Windows, when dealing with a call about touchpad issues on a notebook – that employee also commented that Dell was receiving a “ton” of support calls regarding Windows 10.

Of course, all this is rather at odds with Microsoft’s current massive push to get its new OS downloaded and installed onto customers’ machines. Windows 10 is make or break for the company after the flop of Windows 8.

Everyone on Windows 7 and Windows 8 can’t fail to have noticed the Windows 10 upgrade reminders popping up regularly, and indeed Redmond intends to push the operating system as a recommended update early on next year (be warned, those of you who don’t manually vet your updates).

But tech support reps need to get their job done, and with Windows 10 being so new – and potentially tricky with older hardware – sometimes the easiest solution is just to revert to the previous OS where everything was working.

At any rate, the earlier you upgrade to a new OS, the more of a gamble it is – obviously as time goes by, more and more problems which are encountered by earlier adopters get fixed, and the smoother the operating system becomes.

With Windows 10, it’s also worth thinking about a fresh install as opposed to an in-place upgrade over your existing Windows installation. A clean install from scratch is less likely to run into issues.