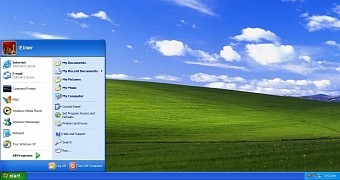 Windows XP and Windows Vista users are running out of options when it comes to browsers, as Mozilla has just pulled the plug on these two versions of the operating system with the release of Firefox 53.

Starting today, Windows XP and Windows Vista are no longer getting new features in Firefox, and the latest versions for these platforms is Firefox 52. Mozilla will continue to roll out updates and bug fixes for one extra year, but no new features are being developed.

Mozilla announced in late 2016 that security updates would be provided to Windows XP until at least September 2016, but users would be moved to the Extended Support Release branch where new features are no longer shipped.

“Firefox is one of the few browsers that continues to support Windows XP and Vista, and we expect to continue to provide security updates for users until September 2017. Users do not need to take additional action to receive those updates. In mid-2017, user numbers on Windows XP and Vista will be reassessed and a final support end date will be announced,” Mozilla said.

Just like everyone else, Mozilla recommended users to migrate to newer Windows, such as Windows 10, though in the case of old systems, such a substantial transition also requires hardware upgrades.

As far as Windows Vista is concerned, Microsoft pulled the plug on this OS version earlier this month, and it’s believed that only some 0.8 percent of the world’s PCs are still running it. Windows XP is significantly more popular, with statistics putting it at approximately 7 percent market share, despite the fact that it reached end of support in April 2014.

Windows XP users should obviously upgrade as soon as possible, mostly because running such an old platform that no longer gets security patches for the OS and the installed apps means that hackers can easily break into their systems using a vulnerability patched in newer releases.