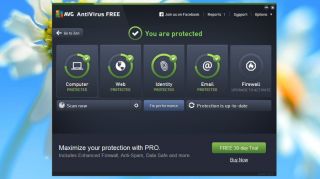 AVG has been swallowed by Avast

We’ve seen a major move in the antivirus world this morning, as Avast has acquired AVG for the princely sum of $1.3 billion (around £1 billion, AU$1.7 billion).

Both companies were founded in the Czech Republic and are famous for their freebie antivirus offerings – with the obvious expectation being that Avast will be able to strengthen its protection due to bringing AVG’s expertise on board.

For its part, Avast says that the acquisition will give it further ‘technological depth’ and wider geographical coverage, along with improved organisational efficiencies. The company also mentioned pushing forward with security for the ever-expanding Internet of Things – a market which will indeed need security in spades.

The new merged company will cover some 400 million devices, 160 million of which will be mobile devices.

The acquisition is based on Avast forking out $25 per share in cash – a 33% premium over AVG’s closing share price yesterday – and has been approved by the boards on both sides. It will now be subject to the usual regulatory and shareholder approval.

Source: One of the biggest free antivirus makers just got bought for £1bn | TechRadar