US Authorities Come Down Hard on Prodigious Tech Support Scammers 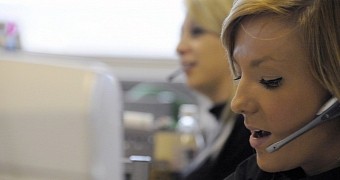 The US Federal Trade Commission (FTC) has filed a legal complaint against five companies, four in the US and one from India, and three individuals for running a so-called “tech support scam” scheme.

The complaint, which is embedded at the end of this article, claims that the companies used multiple websites to lock the user’s browser and to trick users into thinking their computer was corrupted or infected with malware.

The victims were told to call a tech support number, which the FTC said redirected callers to call centers in India.

These call center operators would use aggressive pitches to convince users that they were infected with malware, when they were not.

Operators would tell computer owners to access the Windows Event Viewer where they were tricked into believing that some of the messages seen there, sometimes marked with “Error” or “Warning,” were signs that their computer was corrupted. This is a classic tech support scam and has been used for years and years.

In some cases they used software applications to connect to the victim’s PC, with his permission.

At this point, the FTC says that call center operators would ask victims for a payment to clean up their computer. Scammers charged $200 for a “one-time” fix or $400 for $400 per year in a recurring payment for a one-year technical support plan.

FTC says the tech support scammers claimed to represent companies such as Microsoft or Apple, which is false.

The court has agreed to issue an asset freeze for all companies and individuals named in the complaint.

Last week, Indian authorities arrested 70 individuals and sent show cause notices to another 630 people suspected of being behind a large-scale financial fraud scheme that operated from three call centers located in Mumbai. Authorities believe the group made over $75 million from tricking users into paying nonexistent IRS fines.