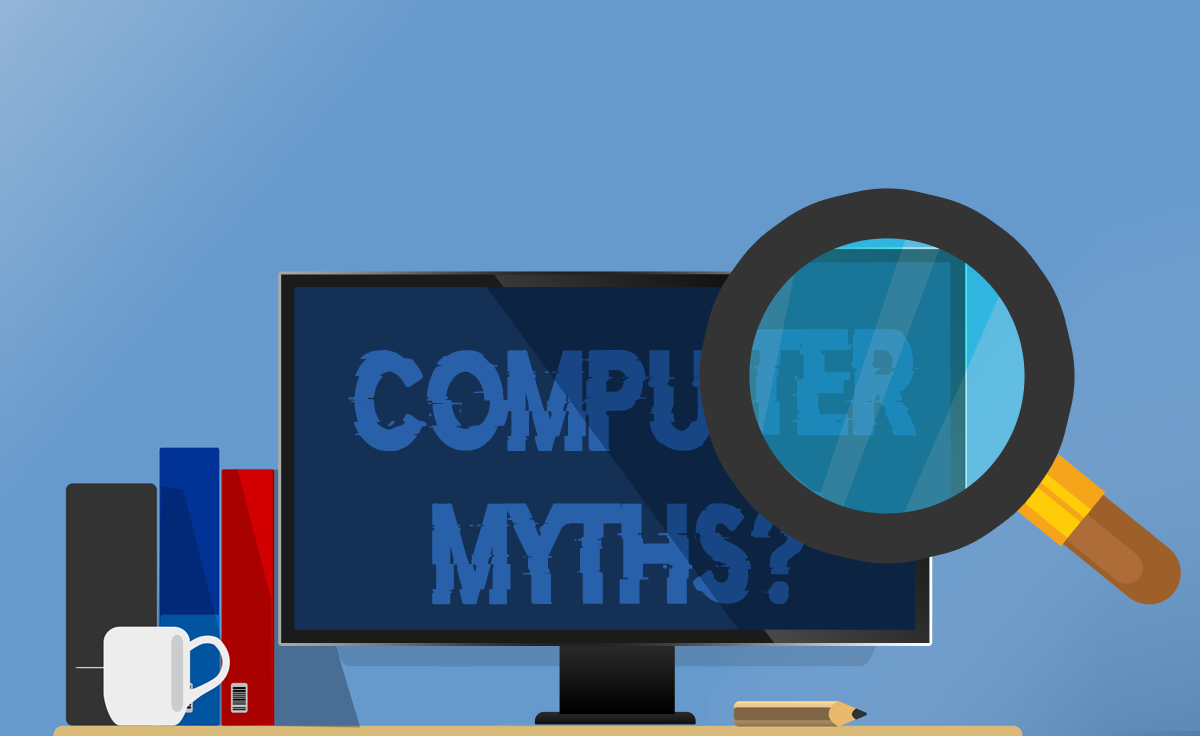 Common urban myths would have us believe alligators live in sewers or people put razor blades in kids’ candy. Common misconceptions about computers are just as persistent. Here are several IT myths debunked for your benefit.

#1 A slow-running computer has a virus

A virus can be to blame. Spyware or other malware can also cause a computer to slow down. However, there are also many other reasons your computer might run slower:

Many Apple owners believe their Macintosh computers are immune to viruses. If only. Macs do get viruses; they are simply targeted less than PCs. Why? There are many more computers running Windows, which means a bigger, easier target for cybercriminals.

As Apple’s market share rises, the threat to Macs is growing. Apple works to protect its users from malware, but you still need to use caution with downloads and when clicking on links from unknown sources.

#3 My Windows registry needs cleaning up

Registry cleaning companies will say that scanning your Windows registry can speed up the computer and avoid error messages. The cleaner finds unused registry keys and any malware remnants for removal.

But let’s consider the fact that Microsoft has not released its own registry cleaner. Why not? Because it’s really not necessary. Worse still, going in to clean your registry (when you don’t know what you’re doing) can actually do serious damage.

This was once true. Nickel-cadmium batteries suffered from what was called a “memory effect.” If discharged and recharged to the same point several times, they would remember that point in the future and not go further.

Now, however, laptops typically come with lithium-ion (or Li-ion) batteries. They don’t suffer from this memory effect. In fact, they function better with partial discharge instead of letting the battery run down to zero.

#5 I don’t have anything hackers would want

Cybersecurity should be a priority for everyone, not only sprawling enterprises. Let’s put it this way:

Hackers have all kinds of ways to profit from your data or from hijacking your computer’s processing power. They can turn your computer into part of a bot network or use your information as a bridge into a business target’s system.

Keep all your computers at top speed with the best security measures in place with the help of our experts. Contact us today at 931-542-9327!

Josh left us a 5 star review
on Google