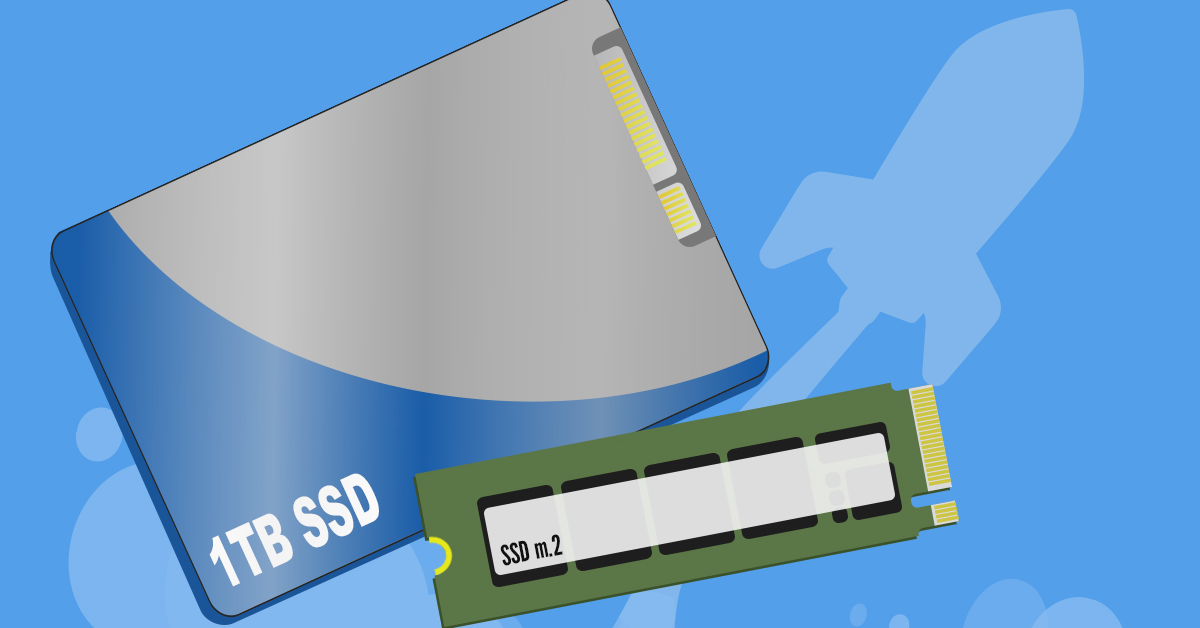 The solid-state drive (SSD) has swiftly become the go-to upgrade to breathe new life into an ageing computer, and for good reason too. An SSD swiftly brings an old laptop or desktop up to date with modern machines in just a single step.

The price of solid-state memory has fallen dramatically in recent years. As costs have dropped, the popularity of the technology has increased exponentially. At one time an SSD was a rare treat for serious PC enthusiasts, now it’s cheaper and more readily available than ever. No other single solution is as cost-effective, quick to swap, and impressively effective as swapping out an old hard drive in favor of the faster and more modern SSD.

Out with The Old

The hard disk drive (HDD) is a technology that dates back as far as the 1950s. They became the default solution all PCs would use for decades to come. Most old laptop and desktop machines still contain their original, worn hard drives they left the factory with.

The HDD was a mostly mechanical device. Inside a solid outer casing was a series of spinning disks arranged in a delicate stack known as a platter. Each disk could read and save data using a tiny needle moving across the disk’s surface.

The technology looked and worked much like a miniature record player. Like a record player, widely in use at the time that hard drives were developed, the hard drive had some serious drawbacks in their use.

The series of tiny disks and needles that made up the HDD were incredibly fragile. Vulnerable to dust or movement, computers commonly succumbed to hard drive failures that rendered the machine and its stored data unusable. Occasionally, simply moving a laptop while reading or writing data can damage a hard drive’s spinning disk.

In with The New

The primary reason to switch to a more modern SSD, on top of their impressive durability, is the incredible increase in speed. The SSD has no moving parts at all, working more like a digital camera memory card than a vinyl record player.

An SSD simply makes the process of retrieving and saving data to storage many times faster. Eliminating the mechanical component, removing the need to move a physical disk, and not needing to physically pick up the data means a much faster and smoother operation.

Computer startup, where the operating system loads all its data from storage, can take as little as one-quarter of the time of a comparable HDD. Additionally, loading regular applications and data from an SSD takes a fraction of time of an HDD.

An SSD completely breathes new life into an old machine. Computers with an SSD replacement for the hard drive feel like using an entirely new machine for a fraction of the cost.

Replacing the main mechanical component additionally eliminates wear and tear working to break down your machine. While an HDD slows over time, degrades, and can eventually suffer mechanical failure; an SSD remains as durable as the day it was purchased.

In a laptop setting, the SSD makes complete sense. They require less power than older hard drives, making the most of your battery charge.

In addition, not needing a large disk platter, mechanical parts, or protective outer case means they are about half the weight of a mechanical drive. Making an old machine lightweight brings it another step closer to a modern machine.

They run almost silently too. The familiar click-clack of the hard drive inside a laptop is a thing of the past. Many users comment on the noise their laptop used to make starting up and loading programs. Noisy laptops are a tech throwback we’re happy to leave behind.

For many who feel like their old laptop or desktop is showing its age, the prohibitive cost of purchasing a whole new machine keeps them invested in their old one. A simple, fast SSD upgrade can make your old machine new again at a much smaller price. If swapping long startups, and slow load times sounds right for you, consider upgrading to an SSD. You won’t look back.