Millions in US still living life in Internet slow lane 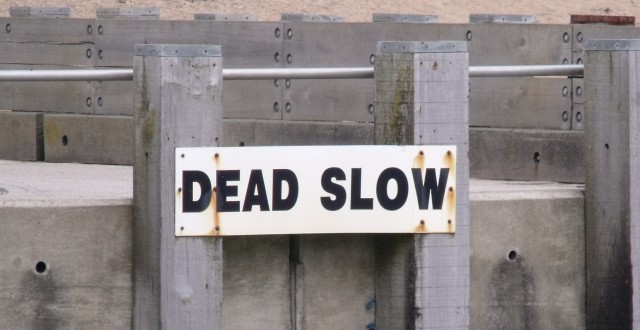 Dealing with speeds a bit lower than the broadband standard isn’t too horrible, but there are still millions with speeds that just aren’t anywhere close to modern. Out of 102.2 million residential and business Internet connections, 22.4 million offered download speeds less than 10Mbps, with 5.8 million of those offering less than 3Mbps. About 25.1 million connections offered at least 10Mbps but less than 25Mbps.

54.7 million households had speeds of at least 25Mbps, with 15.4 million of those at 100Mbps or higher. These are the advertised speeds, not the actual speeds consumers receive. Some customers will end up with slower speeds than what they pay for. 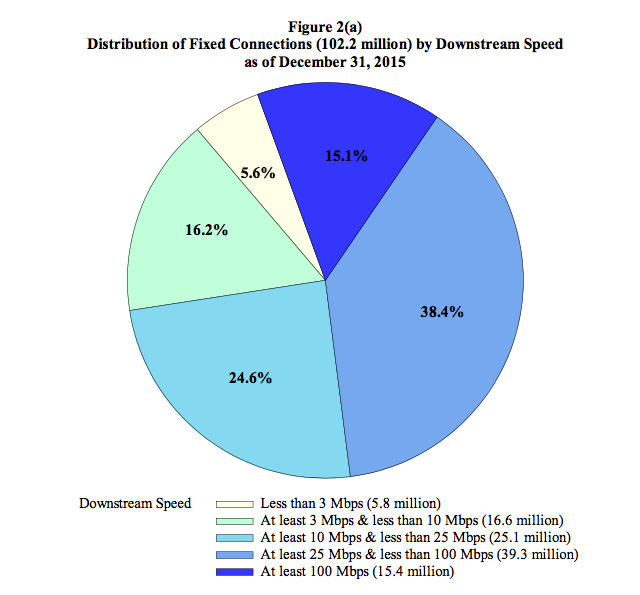 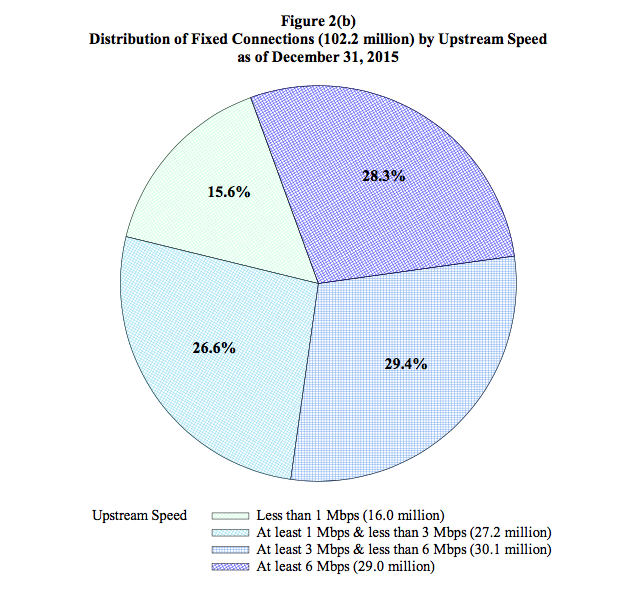 The Internet Access Services report released last week contains data as of December 31, 2015. The 11-month gap is typical for these reports, which are based on information collected from Internet service providers. The latest data is nearly a year old, so things might look a bit better now, just as the December 2015 numbers are a little better than previous ones: 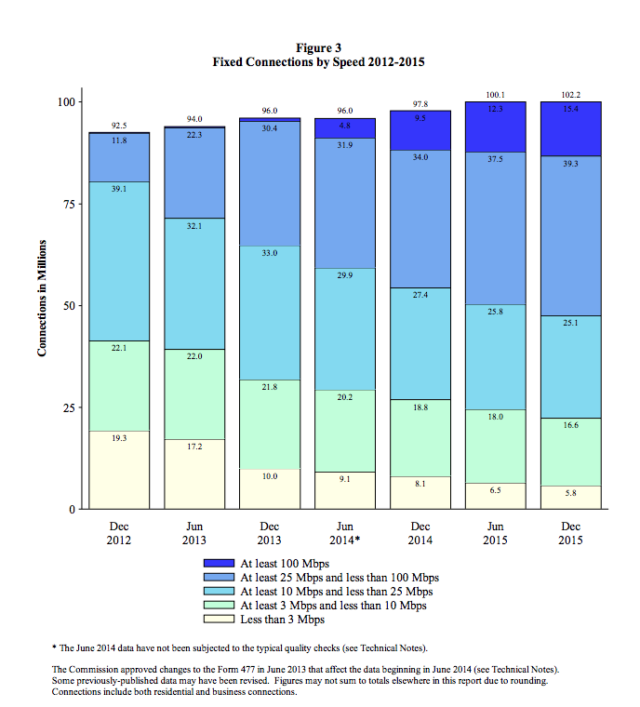 The data is based on the speed tiers consumers purchase, rather than the fastest speed tier available where they live. Some people with slow connections live in areas where they could purchase faster speeds, but there are still many parts of the country where slow DSL or satellite is sadly the best option.

The report provides the latest numbers on how much competition exists for various speeds in each developed census block. Just as in previous reports, customers don’t have much, or any, choice of providers offering high speeds. Only 24 percent of developed census blocks had at least two ISPs offering broadband at the standard of 25Mbps downstream and 3Mbps upstream. There were zero such providers in 29 percent of the census blocks: 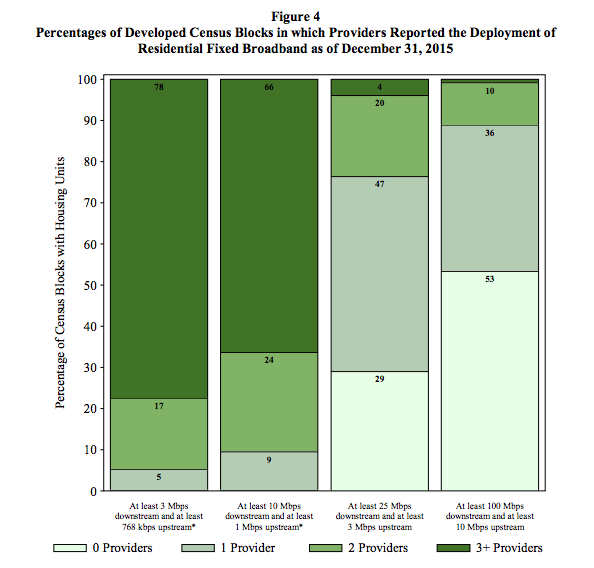 Separately, the FCC last week also released its latest Measuring Broadband America report, which compares advertised speeds to actual speeds by testing in the homes of more than 4,000 Internet subscribers. The median download speed for US consumers was measured at 39Mbps, up from 32Mbps the previous year.

DSL performs worse than cable and fiber when it comes to matching advertised speeds, as DSL speeds are significantly lower for consumers who live farther away from the facilities that serve each neighborhood. Satellite services struggled, with actual speeds dropping because new customer additions and increased usage per customer cut into current capacity. Even DSL speeds crept up a bit in 2015, but satellite speeds went down: 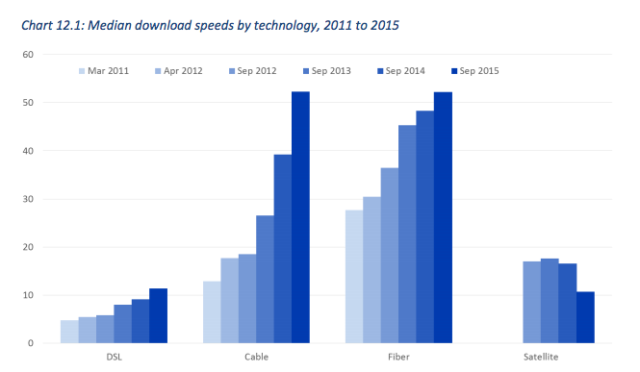