Which State Has the Fastest Internet? – Broadview Networks 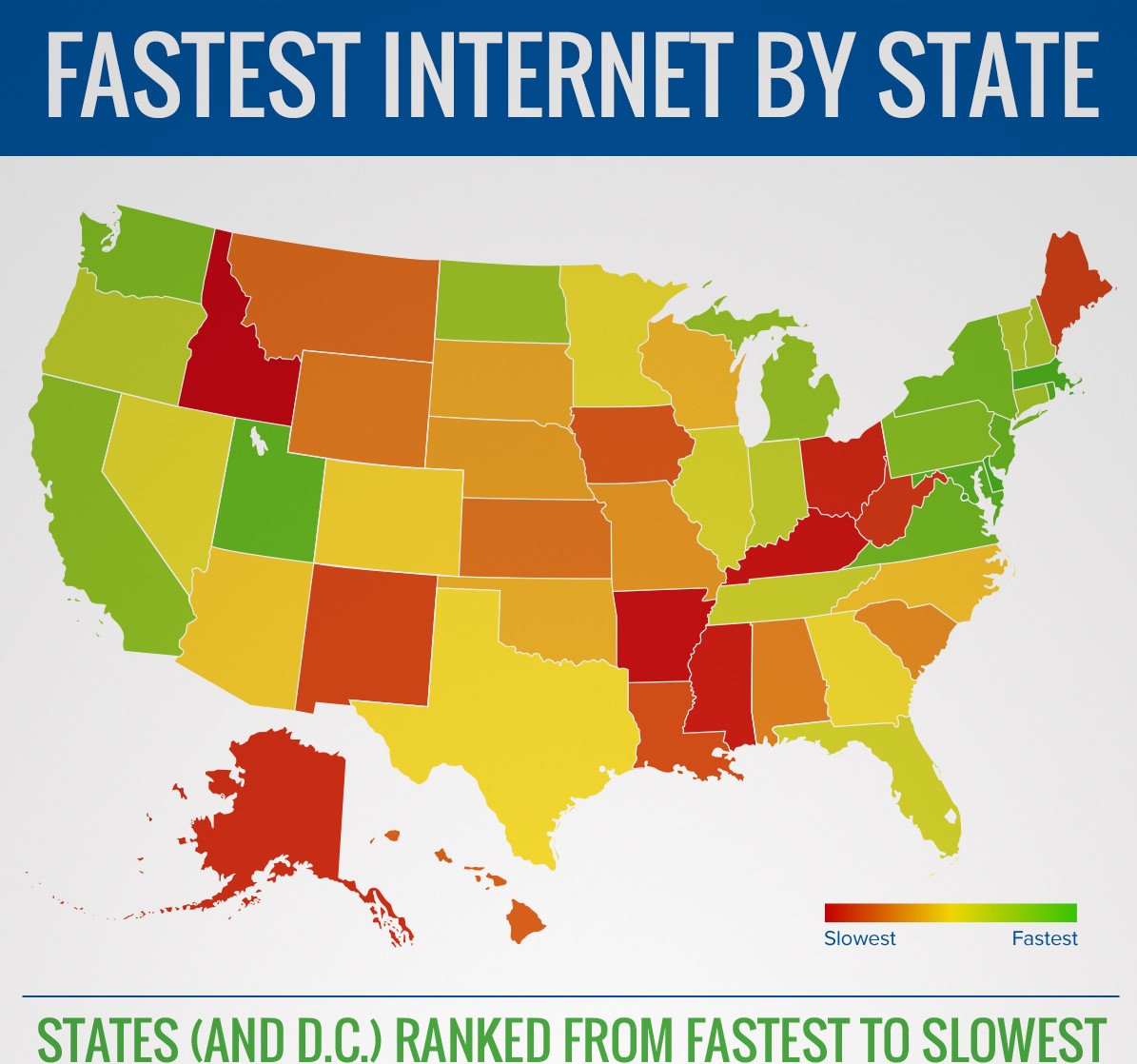 How fast is the internet in your state? Broadview Networks combed through the data to see which states are winning (and losing) the speed race.

Washington D.C. has the fastest internet in the United States—is anyone surprised?

We dug into Akamai’s State of the Internet Report to bring you some interesting numbers, and believe it or not, an 11.9 Mbps difference separates the nation’s fastest and slowest internet connections (D.C. and Idaho).

With roughly 90 percent of American adults surfing the web, you’d think fast nationwide connectivity would be a given. We’ve discovered otherwise. If you live in D.C.*, Delaware, or Massachusetts, you probably enjoy great internet day in and day out. If you hail from Mississippi or Idaho—well, your east coast friends might have a better streaming experience for the next episode of Stranger Things.

Our last Internet Speeds by State Map went live in 2014, so we thought it was high-time to create a new one and make some comparisons. Some states improved in the rankings, and some plummeted.

Ohio: At the end of 2014, Ohio was right in the middle of the pack at #19—since then, Ohio has dropped to 47th place. From what we can tell, Ohio is the only state who’s Mbps speed hasn’t improved at all since our last map—we listed it as 11.0 Mbps then, and we have it listed as 11.0 Mbps now.

Idaho: The last place state has to be a loser right? They moved from 42nd place in 2014 to dead last this year. At least their overall internet speed has improved from 7.7 Mbps to 10.6.

Wisconsin: The Badger State dropped from 13th place in 2014 to 30th place this time around.

Washington D.C.: The winner takes all. We can only assume that our elected officials are using their 22.5 Mbps internet connection wisely.

Illinois: A large jump from 33rd place to 22nd doesn’t free Illinois from the confines of the middle, but its citizens certainly aren’t complaining about the improved internet speed.

Alaska: 46th place isn’t great, but it is a huge improvement over being dead last in 2014.

We look forward to seeing how the internet speeds for each state measure up in the future.

Source: Which State Has the Fastest Internet? – Broadview Networks

Ben W. left us a 5 star review
on Google